Why dentists pay up to 35 per cent too much tax

Albert Einstein once said “the hardest thing in the world to understand is the income tax”. With the summer budget adding to an already byzantine tax system in the UK, Albert’s statement is probably more true now than ever, so we fired some questions at Ross Martin, co-owner of Hive Business, for clarity. Hive provides finance, tax, marketing and business advice to dentists. 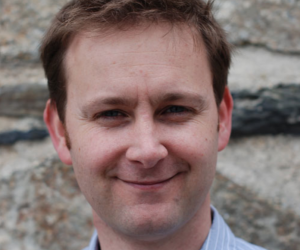 Unfortunately yes – it’s a symptom of the often insular world they live in. We see them paying anywhere from 10 to 35 per cent too much because sometimes they just get stuck in a routine with an accountant they’ve known for years. The trouble is if you stand still these days you get left behind and that’s why you miss out if you’re not exploring advantages in all aspects of business, whether it’s tax, cloud technology or new products and service lines.

Are dentists to blame?

Most dental practices are small businesses and when they are starting out they want to keep costs down so often hire cheap accountants who don’t give proactive financial advice. These accountants will do a good job to make sure the accounts comply with HMRC but they won’t have the time to invest and offer additional services. I don’t knock keeping a business lean and trim and efficient to start with, but with accountants this can be a trap because it soon becomes a false economy.

How is tax planning different to tax evasion?

Evasion is illegal and no qualified accountant should endorse that. Anything less than that should be the choice of the client, whether you call it avoidance, planning, mitigation – it’s all semantics. There’s a mistaken belief that HMRC are right in all that they do – they are very good with their propaganda. They play heavily on the belief that as they’re an agent of the state they are always right, but they operate a bit like the playground bully, and bullies are intolerable as far as I’m concerned.

They’ve had a big marketing drive to influence people with what boils down to an ethical perspective on tax affairs. Some people believe the speed limit in their town should be lower, or the speed limit on motorways  higher, but it’s the law in this country – as a society we look towards the government to implement, in law, the common feeling as a democratic process so, if they want to put a bill through Parliament then that is what we look to for clarity (with the help of the courts if needed). Confusing the process with morals that can be disparate to the law really doesn’t help. I can’t advise people on morals, I can only guide them on the letter of the law but there’s no doubt the government has a deficit to resolve and so the goalposts keep moving – what was HMRC-ratified 10 years ago, for instance with film partnerships, is now under attack.

So where do you start?

We do a reasonableness test to see how much tax the practice owner is paying compared to their profit. We can read a story from their financial accounts – how long they’ve been in business, any growth strategies, staff issues… it reads like a book to us. Most importantly we like to understand our clients – their age, life challenges, aspirations etc as there can’t really be a starting point unless we understand them properly first.

Is tax overpaid when dentists buy and sell practices?

Yes, absolutely. There’s a common option if you have a limited company that you either sell shares or assets. Most people don’t appreciate the subtlety, and I picked up a deal recently that was already in progress and I noticed if the buyer paid a little bit more for the other option they would save £100k of tax. It is currently a pretty brutal market and brokers are understandably interested in spinning up a wave of excitement for the vendor, so there is a need for more support for buyers in particular. Hive works with lawyers and complementary professionals every day so we’re able to bring that kind of knowledgeable support.

Tell me a tax planning technique that dentists can benefit from

One very topical one is to do with dividend tax. HMRC effectively increased the tax rate for just about every limited company owner in the UK by five per cent in July to about 45 per cent. Millions of small businesses will be impacted by this, and it’s such a substantial impact – every small business owner will have to pay at least £2,000 more per annum. For someone with £150k profit it’s an extra £7,500 on their tax bill. So my first tip would be to engage with your accountant. At least then you can have a sensible debate. Despite HMRC saying to the contrary, there are many strategies to get funds out of your company at far less than 45 per cent.

To talk to Ross about your tax situation email him on ross.martin@hivebusiness.co.uk or click here for more information about Hive. Hive is holding a Tax Seminar for dentists in Mayfair on 17 September 2015. To secure your place click here.