Have you decided how you’re going to vote in the general election on May 7 or are you too busy running your business?

Beyond all the waffle from Ed Balls and that brilliant live debate on TV, you probably noticed the main two manifestos lack anything spicy enough to persuade dyed-in-the-wool reds or blues from swapping sides. But what do the manifestos mean for dentists and their teams?

Here’s a quick survey of what matters to you:

GOOD: The Tories will raise the 40p tax threshold to earnings of £50,000. This will reduce the income tax bill for a great many associates and hygienists.

BAD: Labour will increase top rate tax from 45p to 50p for those earning over £150,000, which will hit principals hard.

GOOD: The Tories promise 30 hours of free childcare for parents of three- and four-year-olds – double the current 15 hours. This will dramatically reduce the hassle of finding ad-hoc childcare for everyone in the dental team who’s raising young kids, and save them £5,000 a year. 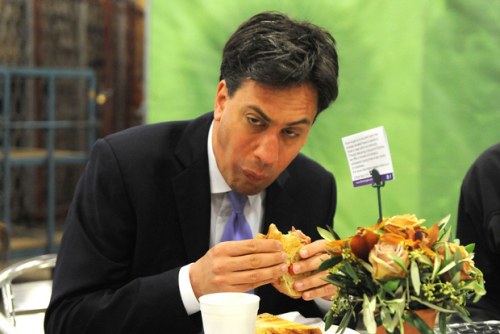 One of the more memorable Ed Miliband moments from this Parliament

GOOD: The Tories will give the NHS at least an extra £8bn a year by 2020, the minimum amount NHS England has said it needs. Labour will create a £2.5 billion NHS Time to Care fund to pay for 20,000 new nurses, 8,000 new GPs, 5,000 homecare workers and 3,000 more midwives. So both parties will ease downward pressure on NHS dental budgets.

BAD: Labour will keep corporation tax low, but they’ll reverse the Coalition’s cut to 20 per cent, reinstating the 21 per cent rate: “Instead of cutting Corporation Tax again for the largest firms, we will cut, and then freeze business rates for over 1.5 million smaller business properties.” This might sound good but a revaluation of rates would be better than a freeze, as high street businesses are paying unfairly high business rates based on pre-recession 2008 data, when many were on top-of-the-market rents.

GOOD: The Tories, meanwhile, have promised a review of business rates by the end of the year, which means they could end up delivering just such a reform.

GOOD: Labour’s manifesto contains plans for banking reforms: “Labour will establish a British Investment Bank with the mission to help businesses grow… It will have the resources to improve access to finance for small and medium-sized businesses…” This is good news for dentists seeking to buy practices or expand their businesses.

BAD: Labour promises to raise the minimum wage to more than £8 an hour by October 2019, which will add to staffing costs for principals, but won’t affect smaller practices with fewer staff so much.

BAD: It will also put a three-month limit on zero-hours contracts. This is really unhelpful for small businesses and will encourage higher turnover of receptionists – bad for everyone.

Conclusion
The Tories win, but the bottom line is the two big parties will have little adverse or positive impact on the dental community – it’s possible that the only real change will be delivered by one of the smaller parties holding the balance of power.
A few notable points on those…
The Lib Dems would raise corporation tax, while UKIP would cut business rates for small businesses and introduce a new 30p tax band for those earning between £45,300 and £55,000, and a 40 per cent rate thereafter. The Greens would tax salaries above £150,000 a year at 60 per cent.

The Greens would also ban zero-hours contracts and introduce a maximum 35-hour working week. They win on the NHS, however, promising to increase the NHS budget by £12bn a year. The Lib Dems would increase real terms NHS funding at least £8bn a year by 2020, and UKIP would deliver an extra £3bn a year for the NHS by 2020.